How to Calculate Bad Debt Expense 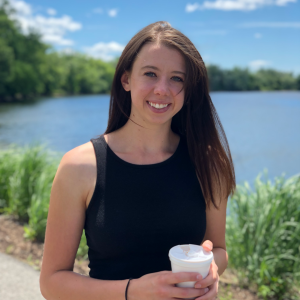 Calculating bad debt can be confusing, time-consuming, and frustrating, but it doesn’t have to be. When a business offers goods and services on credit, they risk customers failing to pay their bills. The most common credit terms a company will extend to customers are Net 30 and Net 15. Eventually, your business will run into a customer who either can’t pay or won’t pay you. Even customers with the best credit record and financial standing can go bankrupt and fail to pay the invoices they owe. When the money a customer owes you becomes uncollectible, we call that bad debt or doubtful debt. It is your decision if and when to write off a customer invoice that remains unpaid. However, if you’ve made several attempts to collect and the invoice has gone unpaid for more than 90 days, you might consider writing off the invoice as bad debt. Writing off these invoices outstanding for more than 90 days will give a more accurate picture of your business’s overall financial health because these write-offs help you avoid overstating your revenue, assets, and any earnings from those assets.

What is a bad debt expense?

What is the difference between the direct write-off method and the allowance method?

The direct write-off method is more straightforward than the allowance method. It only requires a single journal entry to write off bad debts whenever a business has decided that an invoice has become uncollectible. The allowance method requires management to create estimates for the amount of bad debt they will have before invoices become uncollectible. Most small business owners with no accounting background will use the direct write-off method because it will show actual losses instead of initial estimates, which can be confusing.

What is the direct write-off method?

This method involves the write-off of accounts receivable once it is clear that a customer invoice will remain unpaid. The invoice amount is charged directly to bad debt expenses and removed from accounts receivable. To create this journal entry, you will debit the bad debt expense and credit accounts receivable. The direct write-off method is much simpler because it does not have an allowance account or estimates that need to be evaluated. However, this accounting method for bad debt violates the generally accepted accounting principles (GAAP). GAAP says that all recorded revenues costs must be expensed in the same accounting period, called the matching principle. Since the direct write-off method violates GAAP, it allows a company to appear more profitable in the short-term than it really is. For example, revenue is recorded in one quarter and then expensed in another, which will temporarily inflate income in the first quarter and then understate it in the second. Thus, GAAP doesn’t allow the direct write-off method for financial reporting. If you don’t have a lot of bad debts, you’ll probably write them off on a case-by-case basis once you’ve determined that a customer can’t or won’t pay.

There is no contra asset account under the write-off method to record bad debt expenses. Therefore, the entire balance in accounts receivable will be a current asset on the balance sheet. This entails a credit to the accounts receivable for the amount written off and a debit to the bad debts expense account.

For example, A Corp. wants to directly write off a $12,000 account receivable that you think is no longer collectible. After calling the customer one last time and getting their answering machine, you would make the following entry in your books:

What is the allowance method?

The allowance method anticipates bad debts before they occur by using one of the following methods: Percentage of Sales Method or Percentage of Accounts Receivable Method. An allowance for doubtful accounts is established based on an estimated figure in both cases. This is the amount of money that the business anticipates losing every year due to customers refusing to pay their invoices. A contra-asset account called Allowance for Doubtful Accounts is set up on the balance sheet to reduce the accounts receivable, net balance. This allowance account is basically a pool of money on your books that you draw from to “pay” for all the bad debts that you’ll eventually incur based on management estimates.

How to calculate bad debt using the percentage of accounts receivable method:

Under this approach, businesses find the estimated value of bad debt by calculating bad debts as a percentage of the outstanding accounts receivable balance.

How to calculate bad debt using the percentage of sales method:

Under this approach, businesses find the estimated value of bad debt by calculating bad debts as a percentage of total credit sales.

For example,  A Corp. uses the sales approach to calculate bad debt, and management estimates based on past history that 3 percent of sales will be uncollectible and credit sales of $800,000. The bad debt estimate would be $24,000 (.03 x $800,000). It is important to note that when using the sales approach, any prior balance in the allowance account is not considered when booking the entry. This differs from the percentage of accounts receivable approach. If A Corp later determines that an invoice for $2,000 is uncollectible, they will record the bad debt against the allowance account. You would make the following entry in your books to record the estimated allowance and to record actual bad debt:

What is the difference between bad debt and doubtful debt?

Bad debt is a specifically identified account receivable that you have made multiple attempts to collect payment on, but it is clear that it is not going to be collected. In this case, the bad debt would be removed from the accounts receivable account, usually by issuing a credit memo in the billing system and then matching the invoice to the credit memo in your financial records. A doubtful debt is an outstanding receivable that may become a bad debt in the future.

Can bad debts be written off for taxes?

Bad debts can be written off from total taxable income on a business tax return; however, the Internal Revenue Service (IRS) requires businesses to use the direct write-off method to calculate these deductions. The allowance method is based on management estimates of bad debt, which isn’t an accurate enough way to calculate the deduction according to the IRS.

Both accounting methods for bad debt are acceptable depending on the circumstances of your business. Choosing the correct method will depend on if you extend credit to customers and how material your bad debt expense is every year. Bankers, investors, and management could potentially view the financial statements, and they need to be reliable and must possess integrity. Bad debt expenses must be recorded and accounted for every time the financial statements are prepared. If the bad debt is excluded from the financials, there is a potential of overstating assets and net income.

Nicole is one of the founding members and the chief financial officer of Avenues Financial. She began her career as an internal auditor for a supply chain logistics company and held subsequent positions within the corporate accounting team. During her time there, she was responsible for preparing monthly financial statements, reconciling balance sheet accounts, and maintained reporting for more than 10,000 assets. Nicole also worked on two acquisitions, a $3.5 billion merger, and selling off a business segment. Then, Nicole joined a financial consulting firm where she worked on several initial public offers (IPO), assisted large companies in cleaning up their financial statements, and helped companies complete their SOX 404 compliance. Today, Nicole consults with business and individual clients in many financial and accounting aspects. She has a wide range of accounting experiences, enabling her to provide relevant and timely advice and assistance to business owners with their internal accounting, periodic reporting, forecasting, budgeting, and cash flow management. Avenues Financial Hailed as a Global Leader in the Financial Industry this 2021
Posted onDecember 6, 2021July 1, 2022
As we always say, Avenues Financial is where quality meets trust. Above anything else, this Lehi-based team values our clients’ confidence.  We know how hard it is to form trust, ...
Read More Pro Forma Financial Statements
Posted onJuly 7, 2021July 7, 2021
“What if” is one of those phrases that business owners need to think about virtually all the time. What if we made an acquisition? What if we lose that account? ...
Read More

Let our team of experts handle the accounting and financial reporting so you can focus on what you love to do – growing your business.

GET IN TOUCH
GET A FREE QUOTE TODAY

Get in touch with Us now! Get in touch with Us now!